The Mental Health Act: What does it mean for children and young people?

As a Coalition representing the mental health and wellbeing of children and young people, it was crucial that we thought through how the proposed changes would impact on them.

We bought together an amazing group of experts from Article 39, Centre for Mental Health, Just Equality, Mind, the National Children’s Bureau, the Office of the Children’s Commissioner for England, and YoungMinds to help us put together our response to the consultation.

As the consultation on the White Paper ends, we wanted to share our key messages.

Children and young people are missing in the White Paper

The White Paper states that all the proposals will be applicable for children and young people. However, apart from one small specific section, there is very little information provided on how proposed changes will work in practice for under-18s.

An example of this can be seen in the proposals to introduce a new Nominated Person, who will replace the role of the Nearest Relative. The Nominated Person will have responsibility for representing the best interests of the patient where they are unable to make decisions on their care, and for the first time they will be able to decide who that should be, rather than it being automatically decided. This could be beneficial for some children, especially those over 16, who will be able to choose their Nominated Person.

But what is the process if a child or young person chooses someone who poses a safeguarding risk to them? And how does the role of the Nominated Person work for a child who is in the care of the local authority? The White Paper provides no further explanation on these issues.

We urge Government to think carefully about how all of the White Paper’s proposals will work for children and young people, and to consider any unintended consequences that might arise.

Access to advocacy is a key part of ensuring that all are heard. Yet there is no legal requirement for informal patients to receive information or support in the way that those detained under the Act are entitled to, such as support from an advocate. Research conducted by Article 39 has found that many young informal patients do not understand their rights and feel an underlying threat that if they in some way ‘break the rules’, they will be sectioned.

The White Paper hints at expanding advocacy for informal patients, but states that this will be subject to future funding decisions. We believe this is not a strong enough response to a significant gap in rights protection, and that all children and young people in hospital must have access to an advocate.

A high proportion of children and young people who are admitted are still being placed in out of area or in adult wards, despite the risks attached to this. Data shows that for the past 3 years, 97% of children detained under the Mental Health Act were placed ‘out of area.’*

As a first step, the forthcoming Mental Health Bill should strengthen the requirement for under 16s not to be placed in adult wards. In the long-term, action needs to be taken to eradicate, or least minimise, the use of out of area placements and admission to adult wards for children and young people.

Our work is not done

Responding to the White Paper is just the first step, and we plan to continue our work to make sure that children and young people are represented throughout the process of bringing a Bill to Parliament.

* Data obtained through a Freedom of Information request because it is not publically available by Article 39. 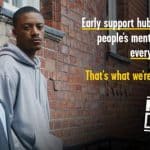 The COVID-19 recovery plan published by Government late in March...