Today, thousands of young people are writing to the Chancellor of the Exchequer, calling on the Government to invest in early mental health support in the Spending Review. We, the undersigned, are in full support of them.

We have seen an alarming rise in prevalence, with the number of 5–16-year-olds with a mental health problem increasing to one in six in 2020 compared to 1 in 9 in 2017. Despite greater investment in NHS services, the Covid-19 pandemic has led to even greater need, leaving services significantly overstretched.

Fewer than 40% of those under the age of 17 with a mental health condition are able to access NHS support. Too many young people are being left without support, which can have a devastating effect. This is why we are calling for the Government to invest in a national network of early support hubs to provide easy-to-access, drop-in mental health support for young people, on a self-referral basis.

Providing such support through early support hubs would ensure that a young person does not need to reach crisis point before they get help, and would also reduce pressure on NHS services. Hubs are proven to work, with a strong evidence base from examples in other countries, as well as in local areas across the UK.

All young people deserve to receive the mental health support they need, when they need it, no matter what. We urge the Government to listen to the young people who have written to them, and answer with a serious funding commitment in their Spending Review.

Mental health and education were key pillars of today’s Queen’s...

This week, the Department for Education finally published their long... 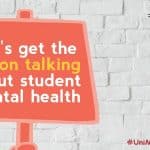